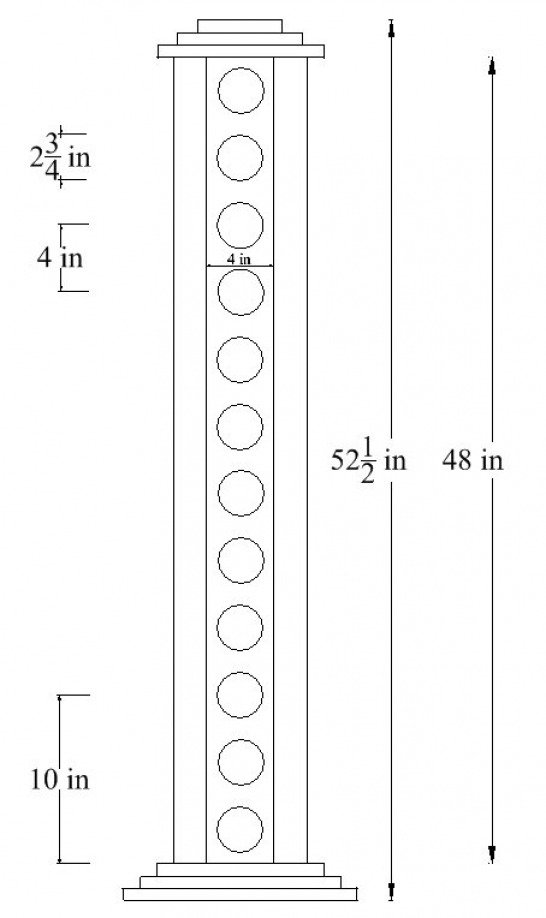 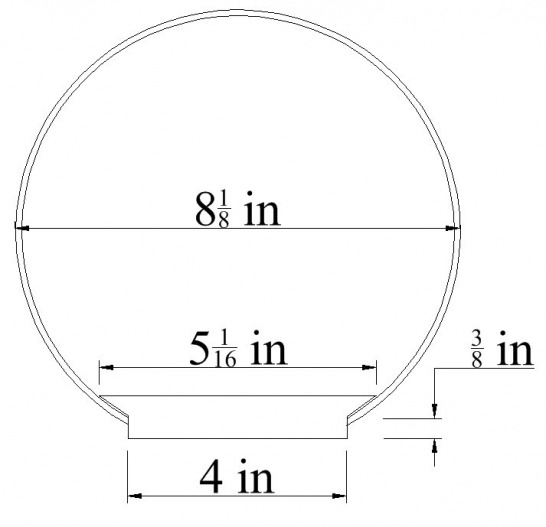 For the last decade, I've been interested in line arrays--observing a concert at the large Portland colosium poved to be quite an education. Being an avid audiophile, I couldn't help but notice the long stacks of speakers suspended from the ceiling, and thinking that what they really needed was a horn--and then the artist began to perform...


Well, last year I attempted an open baffle line array and was just stunned at the degree of bass and the presence of the musician in my listening space. But, being an open baffle, it was huge--over eight feet tall and two feet wide. I needed something with more "wife appeal".


My daughter's birthday is around the corner and I've wanted to build her some speakers; the system she has now is breaking down and replacement drivers are next to impossible to locate. That's what you get when you purchase bookshelf speakers from an outfit that's always changing their inventory to accomodate the manufacturer. It turns out the driver is an odd dimension and won't accept anything but an original replacement, which, wouldn't you know, is no longer in production. The enclosure is cast metal and too small to modify.


That's ok. I happen to have 60 M&K drivers sitting in a box--purchased them from Apex Jr. a year ago--and they're just dying for my attention (some imagination I have, yes?). Well, they're only 3 inch units and don't do much as a stand alone device... but what if you put a bunch of them together?


I knew from last years experiment that a line array had tremendous capabilities and the small M&K drivers might be capable of full range performance. Oh, I love the sound of a speaker system that's operating without a crossover. Talk about special sounding...


Ok, on  with the show: the core of this particular speaker is an 8 inch cardboard tube (they're used as forms to fabricate concrete pillers) and it's available at any well stocked home repair/remodeling store. I purchased mine from the local big-box store with the orange label ;^)


It's a bit tedious loading/wiring the speakers, but the thrill of trying something new should carry you through the process.


I couldn't wait for the top and bottom plates. I just had to give the loaded tube a listen. I sat a piece of cardboard on top and loaded it down with a box of  goodies (spooled wiring). The array was wired series/parallel to give me a net 4 ohm DCR impedance.


I connected the experiment to my class A amplifier and fired everything up.


Wow! Twelve speakers sound a great deal more authoritative than a single driver! To my amazement, the delicate nature of the small driver remained in the forefront, and now, the power output is raised to a point where a good listen is possible.


Something to consider: A cheap speaker still sounds flawed when surrounded by a bunch of its buddies. These little M&K drivers cost me about $3.75 each, and, yes, they do have their faults. Still, I find this experiment to be a solid success and will continue forward eventually replacing them with superior drivers.


Edit 7/21/2010:  I raised the carboard tube off the floor and sat it on three quart sized paint cans. A port was formed and the bass increased! It sounds pretty good, and the bass is welcomed as the mids/treble are very pronounced. The M&K drivers are breaking in and sounding better every day. I'm getting decent volume and still enjoy the delicate nature of a small driver--a good marriage if you ask me.


9/26/2010: I've been listening to these speakers off and on for a couple of months (I didn't get them done in time for my daughter's birthday--darn) and like the way they sound now that the break-in process is well under way. The amount of mid-bass you get is truly impressive for such tiny gadgets. Parts Express has Dayton ND105-4 4" Aluminum Cone Midbass 4 Ohm drivers available for a little over 20 bucks each if you purchase in quantities of 10 or more. Now, this driver would probably be killer! 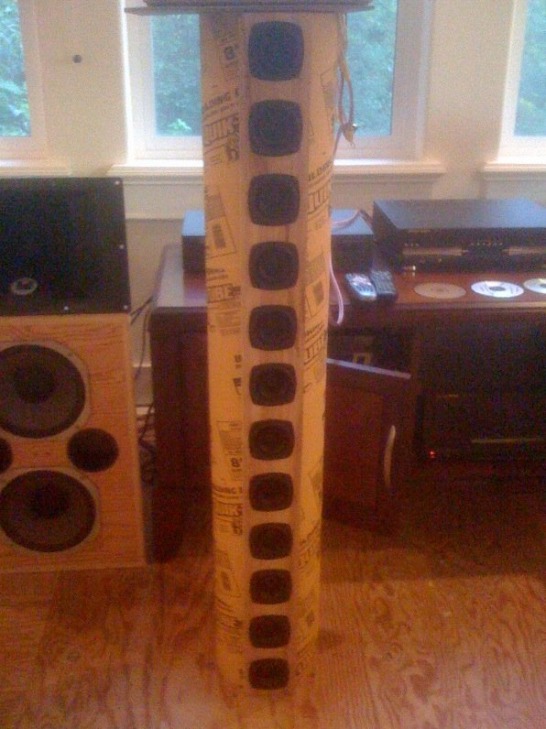 I added a 4" ABS pipe that's 12" long to the bottom of the speaker columns. I held the pipe in place with a pair of ABS toilet flanges (so simple and very strong). The pipe cost $14.00 for 10 feet and the flanges were around $3.00 each. I mounted the flanges to a 14" plywood base. To the base I added three short legs (to let the port do its thing). It should seem obvious, but in case you haven't caught on, there's a hole cut in the speaker enclosure's bottom plate and the base plate to allow the port to operate.


I'm just astounded at the range of music I'm getting from this little affair. I'm into this project $125.00 bucks and have created a project worthy of a smile of gratitude from my daughter. 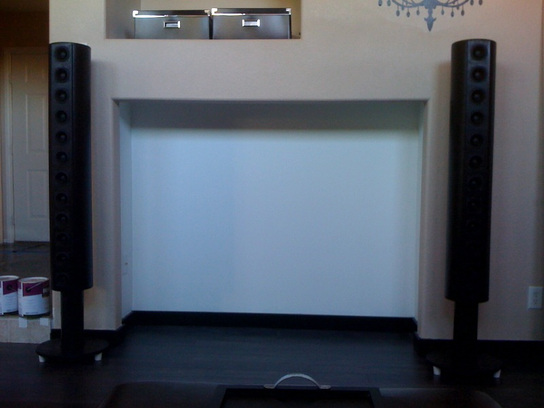 The speakers are quite at home next to the wall recess where the TV picture goes. I'm using a projector to shoot a 70" diagonal image onto the white wall. A flat screen TV would also fit here quite handily.

A side note: I noticed that the paper tubes have warped a bit from painting with a water based paint. I suggest using oil based paint, or shellac. If you choose to use latex, or water based products, paint the tube before adding the wood speaker mount. The reasoning here is that, while drying, the paper shrinks after becoming damp from the paint, while the wood does not. Hence, the paper tube bends towards the shrinkage.